Pushed, since childhood, by a strong passion for art, he uses its endless forms and possibilities. Growing up he gets catched by the world of pastry enriching it with design, imagination and color. Its activity in the world of gastronomy begins about 20 years ago when it takes over the restaurant of the Municipal Theatre of Salerno. Later he bought Il Caffé where he worked as an employee turning it into a café / Viennese bakery setting. It was right at that time that his passion for baking resulted in experimentation, invention and reinterpretation, from classic recipes to the aesthetic aspect. And the traveling , particularly in the “historic cities” of cake design, studies and specializations at some of the largest international masters, who contributed to its ongoing research and experimentation. Currently Renato is considered the greatest exponent of Italian cake design, as well as dealing with the production of his laboratory for very prestigious customers, collaborating with some of the most important food and Italian cake design magazines. Since 2012, he is one of the new faces of Real Time channel and he hosts some TV shows (Torte in Corso con Renato and My Cake Design). Two of his creations, “Winter Garden” and “Cinderella”, were exhibited at the 54th edition of the Venice Biennale. In 2013 his first book “Torte in Corso con Renato” has been published by Rizzoli and became Best Seller (ed. Best Bur) in 2016 and, in 2015, with the publication of the book “The Cake Design” (Hollyhocks Editions), Renato presents to the public his most beautiful works created with the passion that has characterized his career. Renato has also realized cakes for many important Italian and international realities: the 15 years of the magazine “D” of LaRepubblica, the birthday of the automaker MINI, the 20 years of TG5, Disney for the presentation of the movie “The Guardians the Galaxy “, Stefanel SpA on the occasion of Expo 2015 Milan, Sanlorenzo S.p.A., for 25 birthday of Il Ballo del Doge in Venice. Renato is the first Italian cake designers that has exhibited at the Vogue Fashion Night Out, with a huge success with audiences and critics. The magazine “D” of LaRepubblica has invested him with
the title of “king of cakes”. 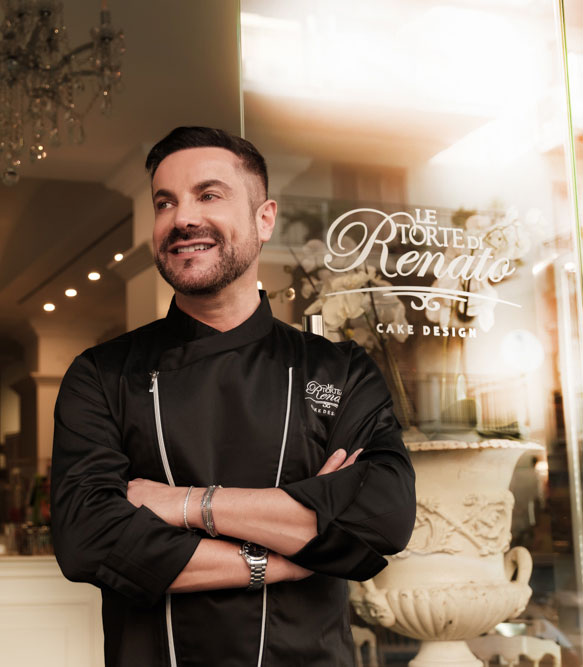 This website uses cookies to improve your experience while you navigate through the website. Out of these, the cookies that are categorized as necessary are stored on your browser as they are essential for the working of basic functionalities of the website. We also use third-party cookies that help us analyze and understand how you use this website. These cookies will be stored in your browser only with your consent. You also have the option to opt-out of these cookies. But opting out of some of these cookies may affect your browsing experience.
SAVE & ACCEPT
Go to Top